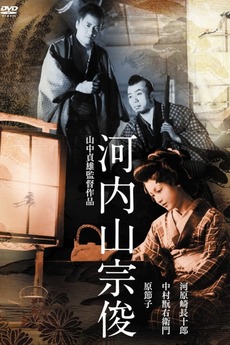 Based on a well-known Kabuki drama titled "Kochiyama to Naozamurai", which Yamanaka distills into a masterpiece of jidaigeki (period film) as shomingeki (everyman drama), blending the two into something he apparently had rights to entirely in Japan during the 30s. Through a series of intrigues, Kochiyama, Naojiro (who becomes Hirotaro for the film), Ichinijo, and Hirotaro's sister Onami (played by a young Hara Setsuko) all pretty much have the worst day or two of their lives.

A list of Japanese live-action films that I have in my collection.