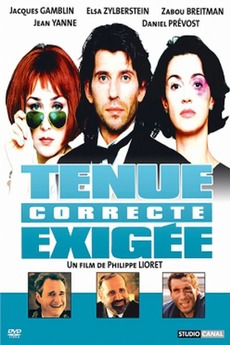 His estranged wife is worth millions, but poor Paris resident Richard is homeless and jobless. He applied for unemployment benefits and now faces charges of fraud. To save himself from nine months in jail he must find his wife and force her to tell the courts the truth, that though she has married a politically-ambitious American governor and is filing U.S. tax returns, she is technically still married to Richard. But as she lives in America, how can he get to her? Opportunity knocks when Richard learns that she and her husband will be attending an international conference at an exclusive Paris hotel. To get in he will need a disguise.