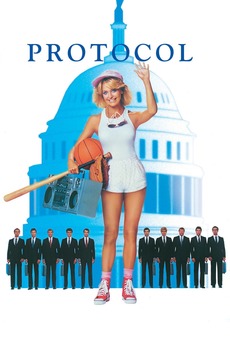 There's something funny going on in Washington. Goldie's about to become a diplomat.

Sweet, unsophisticated Sunny is working as a cocktail waitress. She saves a visiting dignitary and as a reward she gets a top-office job in the Washington beehive. She has to fight against a devious protocol officer but with her charms, she saves the day when she gets involved in an arms deal with an Arab country

A Film of Myself: My Favourite Female Coming of Age Films

See what I did in the title? While I related plenty to the Ferris Buellers and William Millers of the…

The entire filmography of the revised edition of Vito Russo's classic book, The Celluloid Closet. Not the film-- the book.…