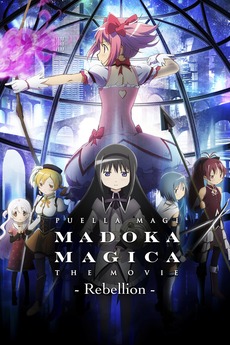 Following Madoka's rewriting of the universe, sacrificing herself and her happy normal days to save all magical girls from the cruel fate that awaited them by wiping witches out of existence, the despair still manifest into creatures known as nightmares. Magical girl Homura Akemi continues to fight alone in the hope that she will be able to see Madoka smile again.

To be included, films had to…