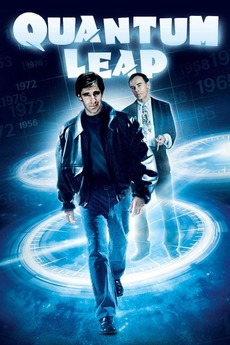 In 1995, Dr. Sam Beckett, desperate to prove his time travel theory before the project runs out of funds, leaps before the kinks are worked out of the machine. He ends up leaping into Tom Stratton (played by Layne Beamer), a pilot of the experimental Bell X-2 aircraft, and has to pretend to be the pilot while trying to fill in the holes in his "Swiss cheese" memory. As Tom Stratton, Sam comforts his (Tom's) wife and prevents her from having a premature birth. This is what he was sent to do, allowing him to leap home (he hopes). But instead of leaping home, he leaps into minor league baseball player Tim Fox (Tim Martin) in Texas at the end of the 1968 season, in the middle of a game, where he must make the winning play in order to leap further.

Movies that are referenced through out the movies of the Marvel cinnamatic universe.