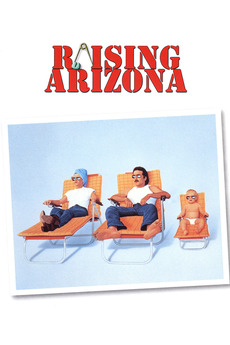 Their lawless years are behind them. Their child-rearing years lay ahead...

The Coen Brothers tell the story of an absurd yet likable family with an unproductive couple as the focal point. The couple has gotten themselves into some trouble while kidnapping a baby and give Hollywood one of the most memorable chase scenes to date.