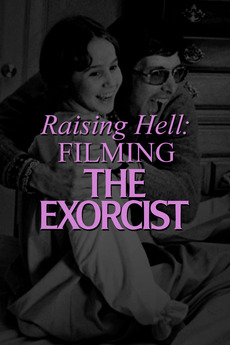 A 3-part documentary on the making of The Exorcist. For the first time ever, witness the creation of the most memorable moments from the film with newly discovered behind the scenes footage shot by cinematographer Owen Roizman, along with never-before-seen outtakes, deleted scenes, and interviews with cast and crew.

The Exorcist Locations: Georgetown Then and Now

Documentaries relating to the creation/analysis of film ... and also some TV and a couple video games. Same idea. Ranked(ish)…

The Making of Movies

Documentaries over 30 minutes that cover the making of a particular movie, a filmmaker, or a genre/period of movies