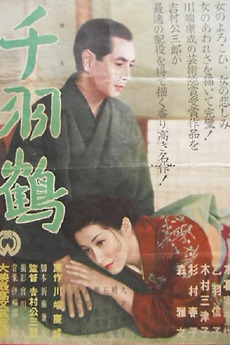 Kazuo Miyagawa’s prizewinning black-and-white cinematography draws out the moral shadings of Nobel laureate Yasunari Kawabata’s 1952 novel Thousand Cranes, a quietly devastating story of a young man, orphaned during the war, who stumbles into a passionate yet tragic relationship with his late father’s mistress and her daughter.

**Note: because people obviously can't read the tags I put on here. Please DO NOT make suggestions. My aim with…