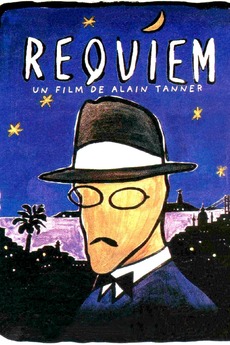 What is the nature of life? What is the nature of art? How can art influence our lives? These are the questions of this movie. The main character, a man who lives both in the world of dreams and reality, searches his past, in order to understand its meaning. He has meetings with the ghosts of his dead friend, his dead lover, his dead father and Pessoa, the great portuguese writer. These four encounters give him clues about what he is looking for. Beside that, he finds himself in front of art, discovering how it modifies our comprehension of life. It's based in one of Tabucci's (the italian writer)books: "Requiem". This few lines cannot resume the greatness of this movie. The last thing I can say is: If you like art, I recommend you to see it. If you ever wonder about the nature of dreams, or you live in dreams half of the time, I think you'll feel like this movie was made for you.

20 favorite films from the 90s

A watchlist I've accumulated over the past decade on my search for hidden gems. Culled from an even longer mubi…

Oneiric/Psychedelic/Strange Films Yet to Watch

Created by the French Directors Guild in the wake of the events of May ’68, la Quinzaine des réalisateurs (the…