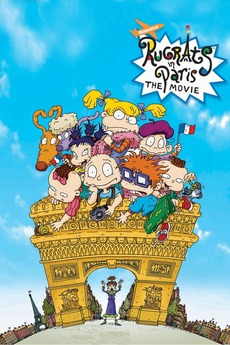 Rugrats in Paris: The Movie
JustWatch

Rugrats in Paris: The Movie

Ooo la la! Paris will never be the same!

The Rugrats are back! There's Tommy the brave one, Chuckie the timid one, Phil and Lil the odd couple, Dil, and spoiled brat Angelica. This time they're wreaking havoc in Paris, France, where Tommy's dad Stu is summoned after yet another one of his inventions took a dump.

this says it all perfectly.

Unofficial list of Letterboxd Collections collated from various sources. The "Collection Name" is in the notes. Let me know if…

assuming your friend group is like mine, they’ll love these

a collection of horror b movies, animated oddities, unlicensed bootlegs,…