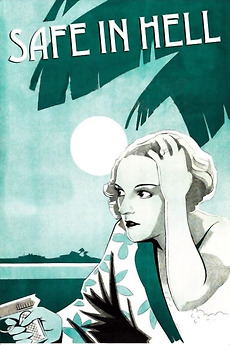 1931 Directed by William A. Wellman

To avoid the rigors of the law, Gilda flees New Orleans and hides on a Caribbean island where the worst criminals can ask for asylum. Besieged by the scum of the earth, Gilda will soon find out that she has found refuge in hell.