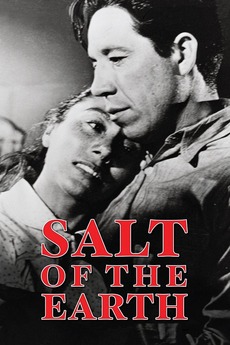 Salt of the Earth
JustWatch

Salt of the Earth

The issues the miners strike for include equity in wages with Anglo workers, and health and safety issues. Ramon Quintero helps organize the strike, but at home he treats his wife, Esperanza Quintero, as a second class citizen. Esperanza, who is pregnant with their third child, is usually passive, but she changes her attitude when the men are forced to end their picketing by a Taft-Hartley Act injuction.