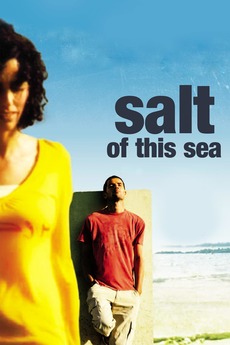 Salt of This Sea
JustWatch

Salt of This Sea

Born in Brooklyn to Palestinian refugee parents, Soraya (Suheir Hammad) decides to journey to the country of her ancestry when she discovers that her grandfather's savings have been frozen in a Jaffa bank account since his 1948 exile. However, she soon finds that her simple plan is a complicated undertaking — one that takes her further from her comfort zone than she'd imagined.

While Arab Cinema has a rich history that is as old as cinema itself, it remains largely undiscovered by international…