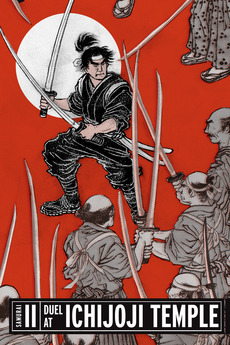 After years on the road establishing his reputation as Japan's greatest fencer, Takezo returns to Kyoto. Otsu waits for him, yet he has come not for her but to challenge the leader of the region's finest school of fencing. To prove his valor and skill, he walks deliberately into ambushes set up by the school's followers. While Otsu waits, Akemi also seeks him, expressing her desires directly. Meanwhile, Takezo is observed by Sasaki Kojiro, a brilliant young fighter, confident he can dethrone Takezo. After leaving Kyoto in triumph, Takezo declares his love for Otsu, but in a way that dishonors her and shames him. Once again, he leaves alone.