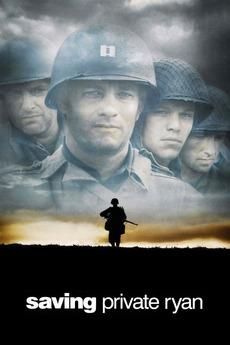 The mission is a man.

As U.S. troops storm the beaches of Normandy, three brothers lie dead on the battlefield, with a fourth trapped behind enemy lines. Ranger captain John Miller and seven men are tasked with penetrating German-held territory and bringing the boy home.

oh, so you wanna be a filmbro? don't worry, i gotchu if i'm missing any, please let me know so…