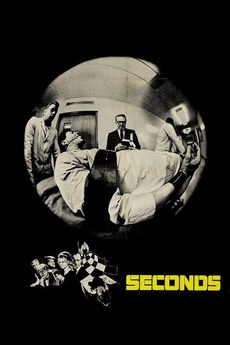 Who are SECONDS? The answer is almost too terrifying for words. From the bold, bizarre best-seller. The story of a man who buys for himself a totally new life. A man who lives the age-old dream ⁠— If only I could live my life all over again.