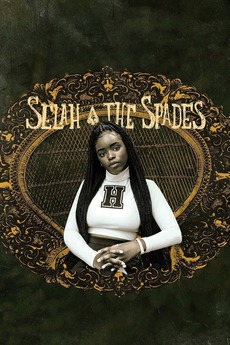 Selah and the Spades

This story isn’t about the factions. It’s about her.

Paloma, the new girl at an esteemed prep school, is drawn into the daily aggressions of warring senior class factions. She joins the Spades and becomes friends with the Spades’ leader, an enigmatic and scheming cheerleader named Selah.