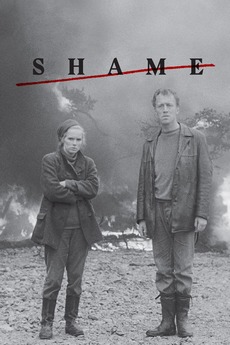 In the midst of a civil war, former violinists Jan and Eva Rosenberg, who have a tempestuous marriage, run a farm on a rural island. In spite of their best efforts to escape their homeland, the war impinges on every aspect of their lives.