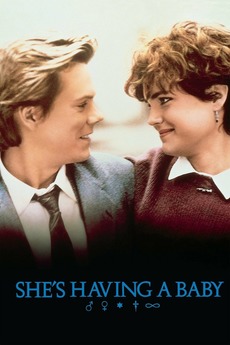 She's Having a Baby
JustWatch

She's Having a Baby

Jake and Kristy Briggs are newlyweds. Being young, they are perhaps a bit unprepared for the full reality of marriage and all that it (and their parents) expect from them. Do they want babies? Their parents certainly want them to. Is married life all that there is? Things certainly aren't helped by Jake's friend Davis, who always seems to turn up just in time to put a spanner in the works.

Movies where sex is absolutely necessary

because film twitter decided to throw a tantrum over sex scenes, I thought this was a necessary list. Not all…

A list of every film referenced, mentioned or spoofed in The Simpsons.