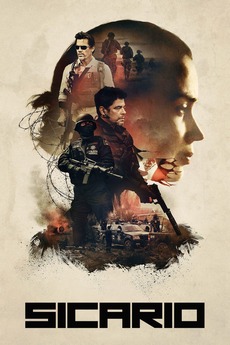 The border is just another line to cross.

An idealistic FBI agent is enlisted by a government task force to aid in the escalating war against drugs at the border area between the U.S. and Mexico.

Movies where the theme of the movie is best expressed by asking the question, "But who is/are the REAL [TITLE OF THE MOVIE]?"