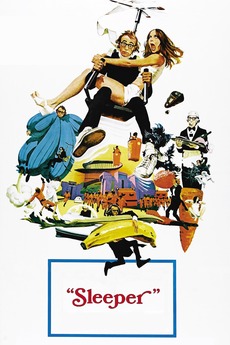 Woody Allen takes a nostalgic look at the future.

Miles Monroe, a clarinet-playing health food store proprietor, is revived out of cryostasis 200 years into a future world in order to help rebels fight an oppressive government regime.