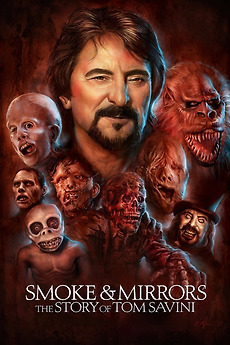 Smoke and Mirrors: The Story of Tom Savini
JustWatch

Smoke and Mirrors: The Story of Tom Savini

Tom Savini is one of the greatest special effects legends in the history of cinema, but little is known about his personal life until now. For the first time ever a feature length film has covered not only Tom's amazing career spanning over four decades, but his personal life as well.

Updated on 2/17/2021 These films have either been linked, mentioned, referenced, quoted, or quickly reviewed by Jay Bauman of RedLetterMedia…