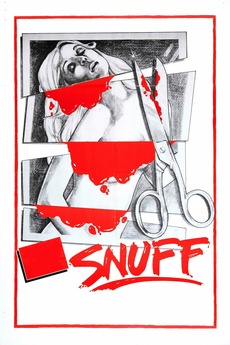 The Bloodiest thing that ever happened in front of a camera!!

A so-called "snuff" movie involving the exploits of a cult leader leading a gang of bikers in a series of supposedly real killings on film.

Thank you to Static Vision for hosting Alexandra Heller-Nicholas's 1000 Women In Horror book launch, and to Alex for being amazing and curating…