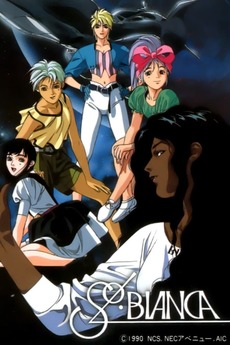 Five Young Women Against an Entire Solar System... The Odds are About Even!

Five female pirates pilot the Sol Bianca, a starship with a higher level of technology than any other known. With it, they seek out riches, such as the Gnosis, an legendary item of power, and pasha, the most valuable mineral in the galaxy.