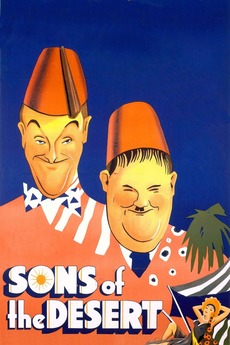 Sons of the Desert
JustWatch

Sons of the Desert

1933 Directed by William A. Seiter

Ollie and Stan deceive their wives into thinking they are taking a medically necessary cruise when they are really going to a lodge convention.

There doesn't seem to be a complete listing of films in the National Film Registry here, so I decided to…