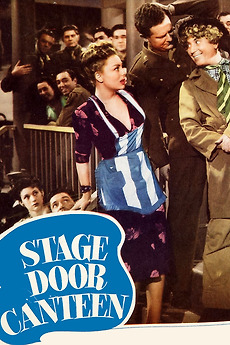 A young soldier on a pass in New York City visits the famed Stage Door Canteen, where famous stars of the theater and films appear and host a recreational center for servicemen during the war. The soldier meets a pretty young hostess and they enjoy the many entertainers and a growing romance

Even after having the most obscure kino, foreign films from iconic filmmakers that even Netflix doesn't offer after charging a…