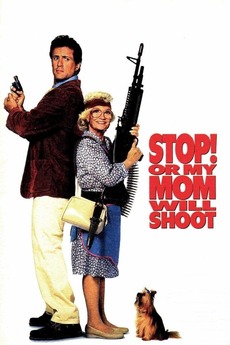 Stop! Or My Mom Will Shoot
JustWatch

Stop! Or My Mom Will Shoot

She did the laundry and washed the dishes. Now she's cleaning up the streets.

A tough cop's seemingly frail mother comes to stay with him and progressively interferes in his life. She buys him an illegal MAC-10 machine pistol and starts poking around in his police cases. Eventually, the film draws to a denouement involving the title of the film and the revelation that even though she seems frail and weak she is capable of strong actions in some circumstances, i.e. when her son is threatened by thugs and she shoots herself in the shoulder.

A list of every film referenced, mentioned or spoofed in The Simpsons.

Under the Influence 🥴 Best Films to Watch High

I don't know no Sweetback.

Not trying to pick drug-oriented films, necessarily. If you like good movies, and a zesty…