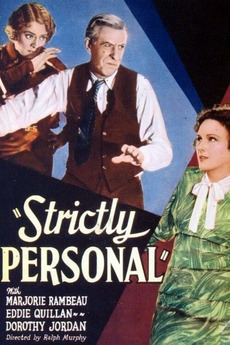 Soapy Gibson (Edward Ellis) and his wife Annie (Marjorie Rambeau) run a lonely hearts club in a small town. Even during the Depression years these were often "clip joints" - places where people with money but no mate got taken by someone offering the promise of companionship. However, Soapy and Annie are strictly on the level - and they have more than one reason to want to stay on the level. You see Soapy escaped from the law years ago, had some plastic surgery and changed his name, and has been living on the lam with his wife ever since.

Tentatively including "based on the play/novel/story by" credits.