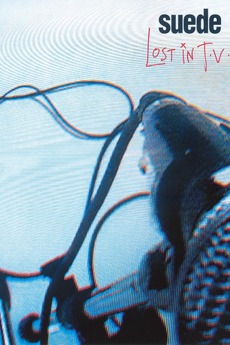 Lost In TV is a complete collection of Suede's music videos, arranged in chronological order. It reveals a band that has fallen repeatedly in and out of love with the video medium over the course of four albums. It begins with a low-budget performance clip for their first single, "The Drowners", in which all Suede's members are clearly, and rather endearingly, putting on poses they've been rehearsing and imagining for years. And it ends with "Can't Get Enough", which they couldn't rouse themselves to turn up for, instead allowing the song to soundtrack a short, though undeniably amusing, film about revenge. In between the quality varies with Suede's enthusiasm. Some of the videos here are every bit as awful as the band think, especially the altogether bewildering "Stay Together". Others they should give themselves more credit for "The Wild Ones", for example, retains a haunting quality that was worth any amount of plodding around a freezing Dartmoor.