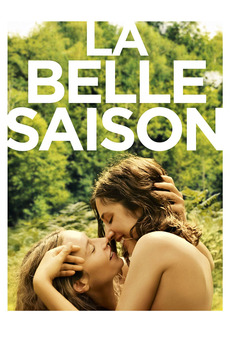 In 1971, Carole and Delphine meet and fall in love in Paris. When Carole follows Delphine back to her family farm in Limousin, the two find lesbianism and feminism are not as easy in the countryside.

contrary to popular belief they're not all depressing

one or more of the main characters is a gay bitch

Just a list of films organized by colors with lesbian and bisexual characters (: