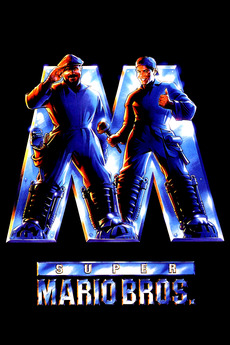 This Ain't No Game.

Mario and Luigi, plumbers from Brooklyn, find themselves in an alternate universe where evolved dinosaurs live in hi-tech squalor. They're the only hope to save our universe from invasion by the dino dictator, Koopa.