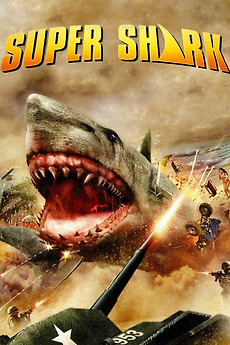 An offshore drilling accident triggers the release of a giant prehistoric shark. When marine biologist Kat Carmichael arrives, she runs up against corporate front man Roger Wade, who plots with Stewart to disrupt her investigation. With the help of Skipper Chuck and disc jockey Dynamite Stevens, Kat tries to find a way to defeat the monster which has evolved to a state where it can walk on dry land and fly...it's the SUPER SHARK!