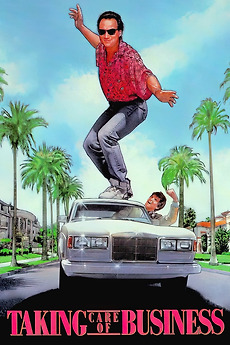 Jimmy's finally got a new life. The trouble is, it's somebody else's.

An uptight advertising exec has his entire life in a filofax organizer which mistakenly ends up in the hands of a friendly convict who poses as him.