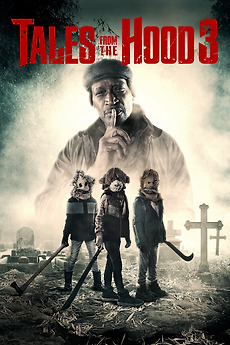 Tales from the Hood 3
JustWatch

Tales from the Hood 3

Four more horrifying moral tales: a greedy real estate agent burns down an apartment building to drive its last remaining tenants out of their home; some frat boys throw a white supremacist party and meet a violent end; a struggling singer murders her wealthy employer; and a petty thief accidentally kills one of his victims.

Every horror movie of 2020, definitively ranked (including holiday anthology 'Deathcember') via USA TODAY.

My attempt at the Podcast Macabre 2021 Horror Challenge. 52 films in 52 weeks in 2021 matching the categories below;…