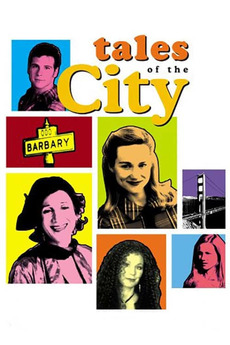 Tales of the City
JustWatch

Tales of the City

Miniseries based on the first of the Tales of the City series of novels by Armistead Maupin.

Armistead Maupin's Tales Of The City

Fox and His (Queer) Friends

From the list on MUBI: "For now, this list will serve as a cinematic guide through queer cinema, from Kenneth…

I could do with some better films on my shelf...

A comprehensive list of every film I have seen with one or more lesbian, bisexual, or pansexual women. This list…

Every miniseries, made-for-television movie, special, or documentary ever nominated for an Emmy Award in any category. carpent Need to add:…