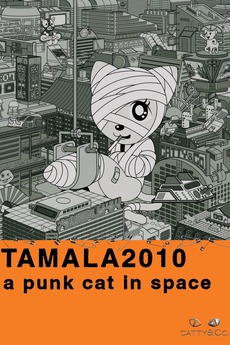 Tamala is a cat living on Planet Cat Earth in the Feline Galaxy. In attempt to leave the Feline Galaxy, which is practically owned by a mega corporation called Catty & Co., she crashes on the violence-ridden Planet Q where she meets Michelangelo. Together they have fun, while Tamala seaches for her connections to Catty & Co. and her mysterious homeworld Orion

Watchlist off the beaten path.

Week three of the Underrated Series and we get to the animation category. At least there shouldn't be any debate…

the term "hidden" is debatable. stumbled upon most of these. some also don't have that many views on letterboxd, i…