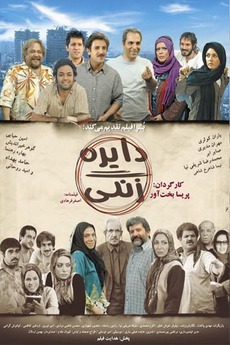 Mohammad is sent to an apartment situated in uptown Tehran to install their satellite dishes, while having satellite TV is illegal in Iran. He arrives there with a girl named Shirin who seems to be his girlfriend and is in need of some money to repair her father's car with which she has had an accident the day before. Each of the house's residents have their own fish to fry and they also want their satellites installed as soon as possible.

Ultimate list for any and all movies related to Iran. Please suggest films that are either: a) specifically about Iran…

[Status: Will update with more soon] All films listed would be part of my long-running "Middle Eastern" project: hopefully before…

Iranian Movies I Watched (by the year)