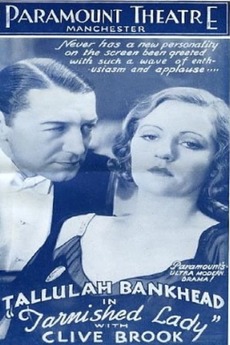 Nancy Courtney, a once wealthy socialite, has had to struggle to maintain a facade of prosperity ever since her father's death. Although she loves writer DeWitt Taylor, who is indifferent to amassing a fortune, her mother urges her to marry stockbroker Norman Cravath instead. Nancy acquiesces to her mother's wishes but, despite the fact her new husband does everything he can to please her, she is miserable in her marriage.

A list of American Pre-Code films. Additional suggestions welcomed, as the list is by no means complete. The top 75…

Every narrative feature film by every Best Director Oscar nominee

Excludes documentaries, short films (that includes when directors are part of anthologies), limited series, filmed plays, most student films, and…

unstreamable movies to rent at the video store