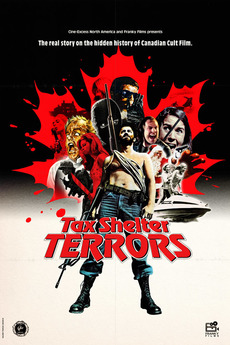 The Real Story of the Hidden History of Canadian Cult Films.

The first feature-length documentary that fully explores how the toxic social and political Canadian context after 1968 created some of the most nihilistic and imaginative Canadian cult films of the 1970s and 80s and beyond.

Cinema Looks at Itself: Both Sides of the Screen

Documentaries that look at various aspects of cinema around the world -- the themes and genres, the eras and evolution,…

Documentaries. About horror. And exploitation. Plus some clip shows, because why not. Yeah.