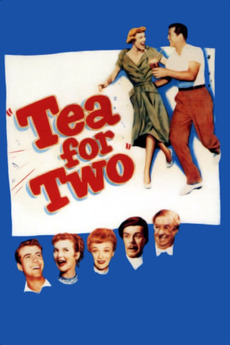 A story that's a joy to be told! They hitch their lovin' to a song and take everyone along for the ride!

In this reworking of "No, No, Nanette," wealthy heiress Nanette Carter bets her uncle $25,000 that she can say "no" to everything for 48 hours. If she wins, she can invest the money in a Broadway show featuring songs written by her beau, and of course, in which she will star. Trouble is, she doesn't realize her uncle's been wiped out by the Stock Market crash.

My Personal Film Collection... still have a few hundred to add.

My DVD Collection : IN PROGRESS!

This is part one of my collection, as Letterboxd does not allow lists of more than 3,330 films.