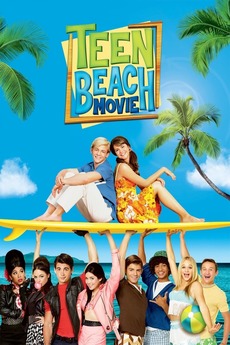 Getting trapped in a movie... is no day at the beach.

Life's a beach for surfers Brady and McKenzie – until a rogue wave magically transports them inside the classic '60s beach party flick, "Wet Side Story," where a full-blown rivalry between bikers and surfers threatens to erupt. There, amidst a sea of surfing, singing and dancing, Brady and Mack accidentally change the storyline, and the film’s dreamy hero and heroine fall for them instead of for each other! Can our heroes get the plot back on track, or will they be trapped there forever?