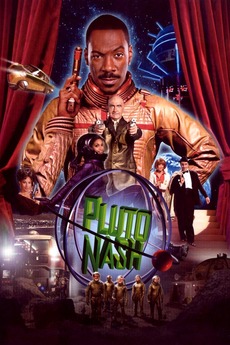 The Adventures of Pluto Nash
JustWatch

The Adventures of Pluto Nash

The MAN on the Moon.

The year is 2087, the setting is the moon. Pluto Nash, the high-flying successful owner of the hottest nightclub in the universe, finds himself in trouble when he refuses to sell his club to lunar gangster Mogan, who just happens to be helping the mysterious Rex Crater mastermind a plan to take over the entire moon.

I need to document these experiences so that the day when my memory finally fades into the void, I will…

How Did This Get Made?

There is one "missing" episode: Paul, June, and Jason did a live show about the film Swordfish that will never…