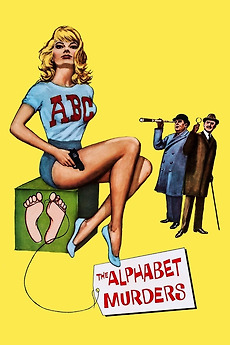 It's really no mystery why this girl is MURDER... it's as simple as ABC if you look hard enough!

The Belgian detective Hercule Poirot investigates a series of murders in London in which the victims are killed according to their initials.

Every Film From My Favorite Films Lists