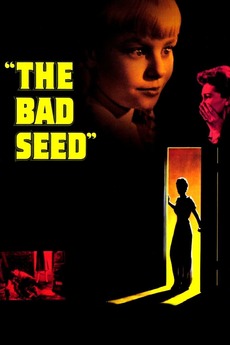 Air Force Colonel Kenneth Penmark and his wife, Christine, dote on their daughter, Rhoda -- as does their lonely landlady, Monica Breedlove. But self-centered Rhoda has a secret tendency for selfishness and loves to accumulate gifts, whether given or stolen, in her room. Christine keeps her knowledge of her daughter's darker side to herself, but when a schoolmate of Rhoda's dies mysteriously, her self-deception unravels.

Dancing shadows and firelight: every night is a Halloween night