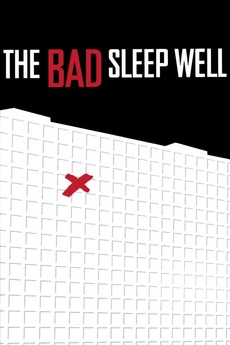 In this loose adaptation of "Hamlet," illegitimate son Kôichi Nishi climbs to a high position within a Japanese corporation and marries the crippled daughter of company vice president Iwabuchi. At the reception, the wedding cake is a replica of their corporate headquarters, but an aspect of the design reminds the party of the hushed-up death of Nishi's father. It is then that Nishi unleashes his plan to avenge his father's death.

Warui yatsu hodo yoku nemuru, The Worse You Are, the Better You Sleep, The Rose in the Mud, Die Verworfenen schlafen gut