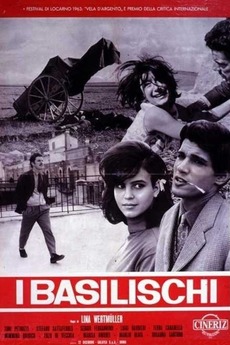 The neorealistic story follows the uneventful lives of Francesco, Sergio and Antonio, three young men, who live in a small, poverty-stricken village. Since all three are unemployed they while their time away roaming the streets and chasing girls. One day Antonio's aunt asks him to stay with her and his cousins in Rome. He accepts her offer and enrolls at a university in Rome leaving his two friends behind who envy him for his new upscale lifestyle. But eventually Antonio returns to the village, initially just for a day. Though he boasts about his life, he never goes back to Rome and instead opts for his friends and the place he grew up in, despite all its shortcomings.

As voted for by the users of the MUBI platform.

Updated every Monday on MUBI.

(Not ranked, just want to know…

Recording things I watch on Mubi since I began my subscription in April 2016.

99 films in three years is…