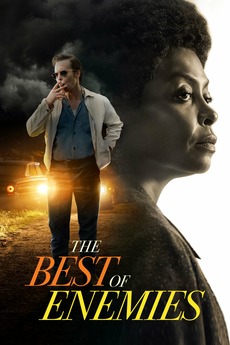 The Best of Enemies
JustWatch

The Best of Enemies

Change is worth fighting for

Centers on the unlikely relationship between Ann Atwater, an outspoken civil rights activist, and C.P. Ellis, a local Ku Klux Klan leader who reluctantly co-chaired a community summit, battling over the desegregation of schools in Durham, North Carolina during the racially-charged summer of 1971. The incredible events that unfolded would change Durham and the lives of Atwater and Ellis forever.

In honor of Martin Luther King Jr. Day on January 18, we asked you for the best films about fighting…

Movies endorsed by the controversial, eccentric, and incendiary critic, author, and festival judge Armond White. Selected from his reviews, essays,…

in chronological order by birthdate

(any suggestions are very welcome!)

Biopics based on women, girls, etc.