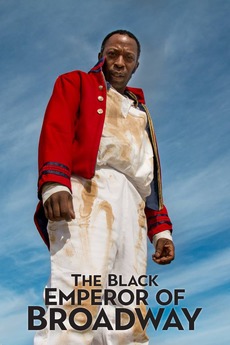 The Black Emperor of Broadway
JustWatch

The Black Emperor of Broadway

This feature film tells the true story of Charles S. Gilpin; the first black star on Broadway and his leading role in Eugene O'Neill's controversial play, The Emperor Jones.

All the films I currently am interested in watching and have access to, but haven't watched yet--either I have downloaded…