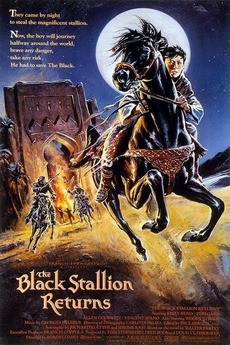 "Black" is a stunning fire-and-silk stallion celebrated the world over. But to his young American owner, Alec Ramsay (Kelly Reno), he's much more. So, when the amazing animal is stolen, Alec will stop at nothing to get him back. Alec finally unravels the mystery of Black's theft...only to discover that he must overcome even greater odds to reclaim his beloved horse.