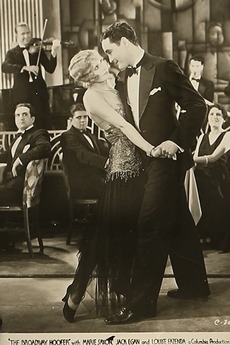 Broadway dancing star Adele Dorey who, overworked and exhausted, suddenly ups and leaves New York in favor of a country village. But when promoter Bobby Lewis (Egan) of the barnstorming Gay Girlies Burlesque Company arrives in town, he picks an incognito Adele among all the pretty village girls to star in his new show. On a lark, Adele introduces her maid Jane (Louise Fazenda) as her mother and accepts a contract. When Adele's identity is finally revealed, the slumming star apologizes for her deception by offering Bobby a Broadway job.